A Tale of Two Cities…and a national park

Down the American shoreline of Lake Erie is the city of Cleveland, and further to the south west is Columbus. They were to be the next two cities on my trail. I knew I would enjoy some aspects of them, but purely because they are cities, I wasn’t particularly looking forward to spending much time in either. Both situated in Ohio and both within striking distance of Lake Erie, I made the assumption that these cities would be very similar; I could not have been more wrong.

I visited Cleveland first and had some exceptional hospitality arranged through Kate, the fanatical-about-beer, plant pathologist friend from Ithaca. Cleveland boomed as a port when the St Lawrence River was opened up to huge, international, cargo steam ships. Like many cities surrounding the Great Lakes, trade and transportation of raw materials, on both the rail network and through the development of container shipping, catapulted them into ports of prosperity. Cleveland still oozes industry, but sadly you also see its decline from a more successful age.

Cleveland does however remain a tough, working class, truly American city. Voters here aren’t afraid to change sides (you might call them swingers), lifestyle is very typical of what we might assume middle America to be – sports fans, traditional home cooking but fast food dominated strip malls, hard labour industry workers, big commercial stores with even bigger parking lots (EVERYONE HAS A VEHICLE IN THE USA…except me).

Cleveland was a hard city to find green and tranquil places in. It was typical of having what Americans call “urban sprawl”, where the city has expanded in every direction it can, and if you looked at housing and commercial property, there seems to be no definite city boundary, it just keeps creeping further from its core.

To mention Cleveland politely, even though it has an interesting and vibrant city centre, with its huge market, few brewery bars, a handful of gastro restaurants and quirky shops, the majority of it lacks a little “zest”. Obviously it is home for many, but the draw to be here seems lost. There is a large, incredible history of art museum at its core, but the next “big thing” would be the Rock N Roll hall of fame, where, if you want to see John Lennon’s little round glasses, I would advise you to go. Cleveland is fine, and whilst I was there, there was a big news story that there was, once again a huge cargo ship, carrying numerous containers, reviving the past and making its way into port. I guess that statement in itself suggests there’s not much reason to be a tourist here, and that they might lack a little inspiration to move away from an industry that for Cleveland, is unfortunately in the past.

South west of Cleveland lies an absolute beauty of a National Park, which sadly receives hardly any attention. It saddens me because although it is huge, with a vehicle (I was lucky enough to be driven), it is easily accessible and has avoided being a tourist trap. It has many walking trails and contains huge, “Tolkein-esque” rock formations amongst the crevices of the wild on the undulating woodland floor. It is tremendously beautiful in the spring sunshine and is drenched in nature. Prior to May, it is also free to enter. Walking around its many ecosystems and empty (due to Americans hating to holiday pre-summer) vistas, I chipmunks, various raptors, blue jays, ground hogs, turtles, (including a huge, ancient snapping turtle), bull frogs and even snakes mating! Cuyahoga National Park is an absolute, naturalists gem!

On arrival into Columbus (western Ohio), I visited the noticeably clean, Franklin Park Botanical Gardens. The experience was idilic, romantic even, with a butterfly house in which they release the new flutterbys daily. There was also a demonstration of glass blowing, various gardens which take you on a journey through various american landscape and plant life, and enough floral colour to make my picnic outside an absolute cracker. I’m so happy I don’t suffer from hay fever.

Apart from the very small nature-infused areas, Columbus seemed to be a city similar to Cleveland – industrial and not all that welcoming to a backpacker/camper. However, after walking through a more “troubled” part of the city where every house had just one window each intact, I continued over a bridge, then along an overpass without any sidewalks and hot-footed it onto the edge of a fast speed road (it wasn’t a highway) for a mile or so – I’m pretty sure I was allowed to walk there, but obviously, nobody wanted me to (this is a perfect example of why EVERYONE HAS A CAR IN THE USA, not only does authority not like wonderers, they also don’t build sidewalks). I then met a woman who agreed to host me for a night or two.

Alison’s eldest son was home from college and her other two children were almost home from school. I quickly got down to business and cooked for the kids. Alison was indeed a hospitable host and was intent on showing me a side of Columbus which I considered to be missing.
Once the owner of her own successful coffee business, and now mother of three (following along the points raised in my last post, she also has the same confident walk of a female parent), she is now a manager in a local restaurant. As her children become more self reliant, it won’t be long before she returns to her own coffee business. Her passion for coffee is infectious. She even educated me the proper way to make an awesome cold brew. I now have a new skill.

Her male neighbours were most entertaining. Living on either side of Alison but acting like a couple, arguing about the positioning of their most complimentary plants. I listened from the window. This debate went on for almost three hours while Alison was at work. Nothing quite like a contentious environmental issue to get the neighbours heated up. It was like an episode of Gardeners World, only with Harold Bishop from Neighbours and Russell Grant (obscure English reference for the US, but this guy reads the stars on This Morning Breakfast show). I’m banking on the green-fingered neighbours not reading this.

Alison took me to some alternative bars; the artwork was twisted, the floors were dirty, the beers were served in plastic, two pint pitchers rather than glasses, most of the men had massive beards, the locals tended to grumble rather than talk, most beers came with a house whiskey shot and we visited these bars before lunchtime. Naturally, I loved them all. I genuinely felt like I had arrived in downtown ‘Merica. After a few days in the city I was beginning to see a different side of Columbus. I was taken to a renowned wheatand-gluten-free bakery, a few shops that took their coffee-making extremely seriously (as did Alison) and I was driven downtown to see the high rises and the state buildings. I was treated to a trip to the cinema and in return I cooked dinner and helped move some furniture which Alison had to hire a Uhaul truck for. All in a days work, really. 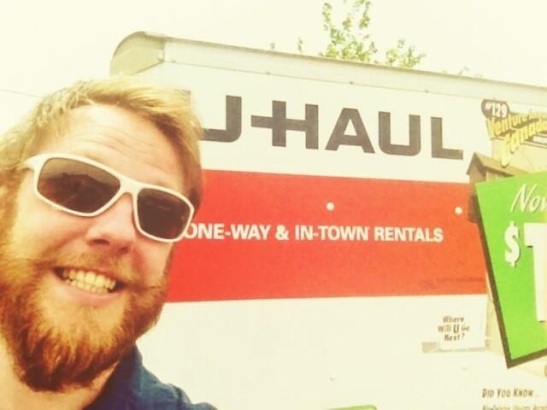 I also stayed across town for a couple of nights and was able to explore the south side. I found some pretty parks and some tremendously beautiful neighbourhoods around the Victorian Village. I felt like I had stepped back to late Victorian Liverpool, only with the slight American, additional twist of wooden porches and balconies.

Columbus is a city with a lot to shout about. With it not being a port, it was far from the rather grey, industry-effected cities around Lake Erie. It was vibrant, busy with cosmopolitan style shops and bars, backstreet barbecues and beer houses, and the architecture of some of the neighbourhoods is beautiful, without being overstated. Most suburbs are immaculately kept with a great sense of environmental pride (thanks to green fingered neighbours). Columbus has, like every big city, its poorer parts and its wealthy parts, and with everything in between. However, the rich didn’t seem too wealthy, and the poor certainly weren’t lying in the streets. Status Quo would have happily lent their band name to the city, knowing it was in good hands.

I have savoured a taste of some natural wonders of the east; a freezing fair well to the ocean in Boston, some small-town farming and environmental projects through Massachusetts, a frozen lake Burlington and the snow covered, rolling mountains in Vermont, the splendour of the waterfalls in Ithaca, some crystal clear and deep waters of the Finger Lakes, the St Lawrence River and the endeavours of the eco-warriors of the north, Letchworth State Park in New York, Cuyahoga National Park and many other mini-natural marvels through New England and on towards the state of Ohio. However enjoyable my city stays were amongst my industrious endeavours in the east, I can’t wait to venture through the Midwest. I will be crossing the mighty Mississippi in a few hundred miles and then pushing on to the vast and notorious Missouri. Both rivers hold significant importance in American history, and not only are they themselves epic landmarks, but they flow past some too. My next major checkpoint will be Yellowstone National Park, way out west in Wyoming; so with many hundreds of miles and infinite possibilities of what I might experience, I’ll just keep you posted.
The most notable point to mention on leaving Columbus, was that all my pants were clean. 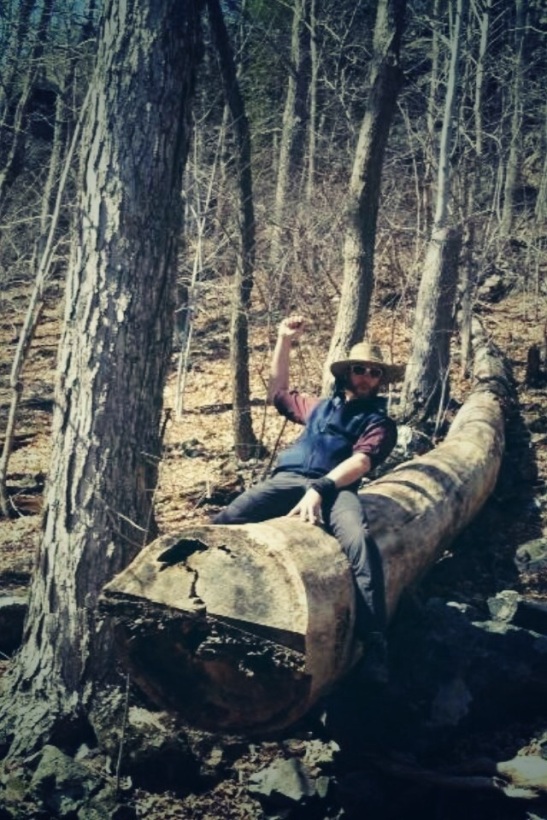 This entry was posted on June 2, 2014 by winstonwolfrider in USA on $6 a day and tagged Camping, Cleveland, Columbus, hiking, National park, Ohio, Travel, USA.