While travelling, it is sometimes important to keep abreast of the most important world news, so before leaving Columbus, I managed to catch up on a few episodes of Game of Thrones. I then set about leaving town. I managed to catch a ride west, to what I thought was the Lewisburg in Ohio where I had received a lovely invite, to join a restaurant-owning couple.

While in the passenger seat and exchanging some remarkably personal details on the three topics most tourists would be advised to avoid whilst in the states – sex, religion and politics – my driver, Matt and I quickly moved onto the topic of where he would drop me off.

It was bound to happen sooner or later – I had received an invite, and once finding that the name of the town I was to try and reach was within two hours drive west of where I was, I naively assumed that it was the correct town…that was relatively on my route. 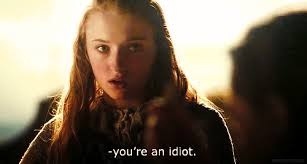 My Lewisburg invite was from a Lewisburg in West Virginia, not Lewisburg in Ohio.
This meant two things whilst I was journeying at 75mph west of Columbus: 1. I was now five hours away from my invite by car, heading in the opposite direction in the late afternoon, and 2. I was in a car with a stranger, speedily approaching a city, with no plans or prior knowledge of the city (again, cities are NOT where budget-backpackers with a tent feel welcome). It was almost best to dump me by the highway, and let me trundle off into the fields…

What happened next is the epitome of my travels so far.
Matt and I laughed at first. His laugh was genuine, mine was immediately followed by a nervous itch, while I quickly grabbed the map to see exactly where I was heading to avoid metropolis. Matt said “oh you could stay with Kerry”!
“Sure…umm, absolutely…who is Kerry? Will Kerry mind?” I said.
“Probably not. I’ll call him” Matt replied.
My biggest fear, was only that I might find myself in the city after 7pm without somewhere to camp.
Knowing him for all of thirty minutes, I already knew he was a man of few words. Bear in mind I could only hear Matt speak, the phone call went something like this.
“Hi…yeh…on my way.
So I have this guy…travelling across the country…yeh…probably.
An hour and a half…would it be ok?
No…no…I’ll take him to meet the dogs…for breakfast?
Bye”.

In a city which I had neither researched, nor intended to be, and after surviving the hounds in Syracuse, my end seemed doggedly imminent….in Indianapolis.

Genuinely, my best plan was not to have one (I think this might backfire at some point, but I have managed tremendously for 1500 miles). I had thought I would only be in the car for an hour, reaching Lewisburg in the early afternoon. A few hours later and after being forced to eat at Burger King, Matt’s restaurant of choice (my very first burger in the states since arriving), I eventually walked sheepishly, at 11.15pm, into Kerry’s home on the north west side of Indianapolis. I also hadn’t expected to be in a new state that day, and knew only of Indiana’s location. It wasn’t on my expected route. A large city, strewn with suburban sprawl and Desperate Housewives-style neighbourhoods, the city where the Indy 500 was about to take place two weeks after my arrival, was possibly the last place in America that I wanted to be.

Kerry (KP) met me with a handshake and a seemingly forced smile, although it was clear to us both that we were very tired. Matt explained that I was ready to sleep and KP immediately asked if I had breakfast plans. Obviously, I didn’t.
“Good, because I’m taking you for breakfast” KP confidently stated. From memory, this is possibly the best introduction by a stranger after 10pm which I have ever had. KP then took to the stairs, pointed me to my room, Matt left, and it was bedtime. I could not have slept better, knowing that I was being treated to breakfast when I woke up. See? Not all Americans are inhospitable morons. KP did however, have a dog called Barney… I wasn’t safe yet.

Unfortunately, there is no kidnapping tale to follow, but KP and I hit things off immediately over breakfast. We discussed differences in culture, local industry, my trip across the country and his consistent efforts to support his local breakfast cafe, which had only opened in the last year. KP’s personality shone from three bold headlamps (I use headlamps as twenty five years ago, he used to be a backcountry hiking leader for the Sierra Club): he was honest, he was opinionated and he made a concerted effort to be laid back. It was also clear that KP was educated, well read, up to date with current affairs and terribly organised.

In his “mid” 60’s, my new friend is a pensioner (a term which most Americans aren’t familiar with) – he lives comfortably on his social security payments as a retiree, following a successful, self employed career as a financial and business advisor for small-scale hospitals, mainly across the Midwest. During breakfast, it was clear that KP was both very aware and relatively unhappy about ageing. Although pleased to have his freedom, he repeatedly reminds me to “not get old”. Maybe Barney will help me to avoid ageing. 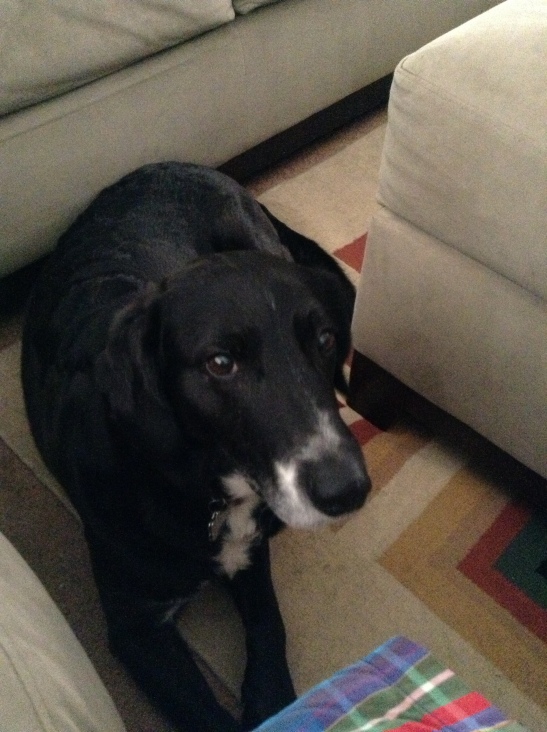 My old pal speaks in bold and booming, confident tones, as well as mingling his lips around more humbled, professor-like inquisitiveness. He is at ease with discussing current topics with someone half his age and is consistently gleeful when explosions of opinion, debate and controversy erupt into the air. KP acknowledges that he is overweight and had never been a slight individual in his youth, yet some of his excess has been unavoidable, due to some back surgery he unfortunately had to endure in 2013. Again, it is important to “not get old!”

I was made very comfortable in KP’s home and it was clear that Barney was not interested in eating me, although I sometimes feared for the bisexual ducks, who openly and comfortably paraded their liberal, three-way relationship around KP’s back lawn.
At one point on the second day, it was not hard to notice how closely the duck pond beyond KP’s back porch, resembled that of the late 1940’s Europe (go with me on this). The left winged, socialist, sapiosexial, duck brigade, casually benefitting from the handouts from the bird table were riled into the under-porch living quarters by the tyranny of the Canada Geese, which were simultaneously fighting off the invading relatives which clearly had ventured too close to “their” pond, and forcing the ducks to nest and give birth under pitiful conditions, which included lack of cover from the elements and unwelcome noise pollution from the quarrelling tyrants.
I digress… 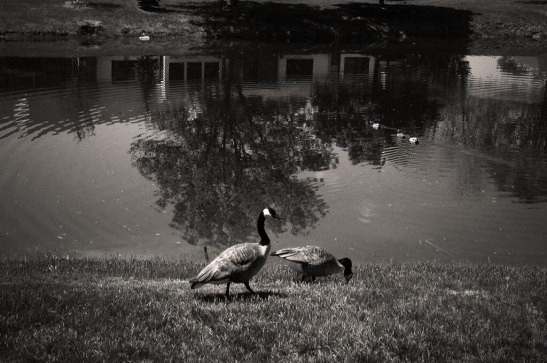 We continued our political, social, economic and in depth discussions on worldly topics, including very British sitcoms, and the fact that the Americans gave the Italians the tomato (I’m still dubious). Following a few days of becoming vocal sparring partners and realising that we have very similar environmental and economic views (have I mentioned I am a retiree in a 30 year olds body?), it soon became apparent that our meeting was fortuitous.

Unbeknown to me, KP had studied my blog, my chosen route, my checkpoints and the time scale which I had loosely planned over the summer. KP was a planner, an organised economist, a “leave-nothing-to-chance” fellow, he operated better with details. Prior to KP’s surgery, he had planned his own road trip. For weeks he had slaved over maps, campsite details, meal structures, traffic timing, clothing, sleep patterns, driving routes, weather conditions, vehicle safety protocols, the exact dates of departure and arrival… you get the picture.

Openly admitting his own pitfalls, he was very aware that he is out of his comfort zone if he lacks a plan. It was why he was so successful as an entrepreneur. Yet in his wonderful retirement, he desired spontaneity, adventure and to fully let go of his structured lifestyle. Not an easy thing to do when you exist with such structure
I had met a man who (and he wont mind me saying this) required a firecracker under his seat to resist making another plan. On our second day, I helped put KP’s hard-topped camper on the back of his truck… 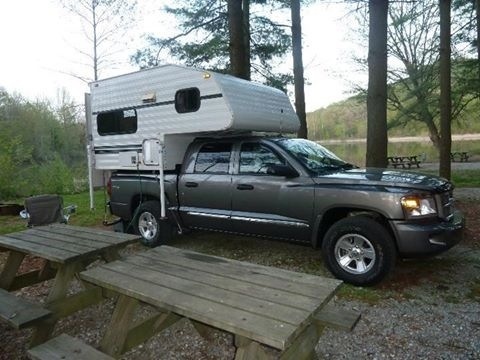 After the camper was seemingly ready to go, and enticing my old pal closer to unplanned freedom, KP mentioned at least six times each day that he was “seriously considering” joining me on my trip and going on his adventure earlier in the spring months, rather than in peak summer. He had planned to go alone…

As friends, we very naturally discussed a journey together. Our trip would only cover a very small section of my adventure across the country, but what it suggested is that in a shorter space of time, I would get to see much more of this gigantic country than originally expected and visit places further from my approximated route. We also discussed spending time apart on the road. While I hiked off into some wilderness areas, KP would enjoy his own adventure – without a plan. KP wanted to visit Canada – something I would have loved to do – but I am a journeyman across the USA and I don’t fancy having a second welcome to the states, similar to my first, when I landed in Boston.

Following a repeat ear bashing of KP’s dithering, I confiscated his map, his cooking utensils and I threw away all his paperwork which outlined his travel plans. I’m nice like that… He winced a little as I ignored his notes on campgrounds and road routes, precise number of days to spend in each area and I teased him by asking if he’d ever taken his truck off-road (unbeknown to him, it was funny because it was true). He started to let go. He requested I navigate and I stated that I would contribute by also cooking all his meals.
On Wednesday, May 13th, from Indianapolis, Indiana, KP and I set out on the road.
I was now travelling with The Pensioner. 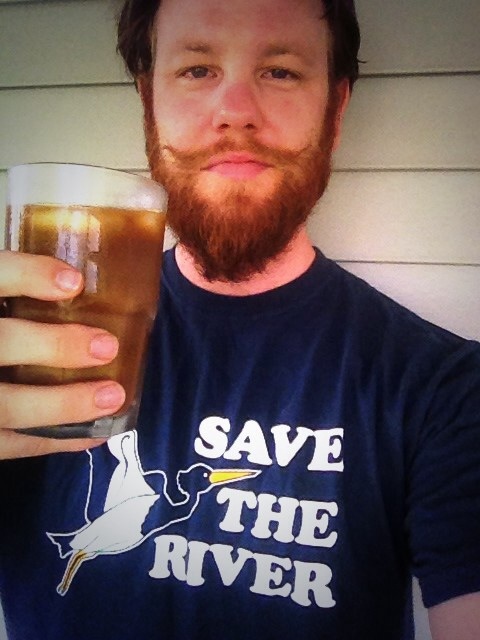