An epic Bust in Vegas

“left to enjoy a peaceful morning with humming birds, a flask of warm water, dry granola, and my map with no drawn line west of where I am. I’m dreaming of reaching Vegas soon, and can only wish that it is not just Hope that will get me there…” 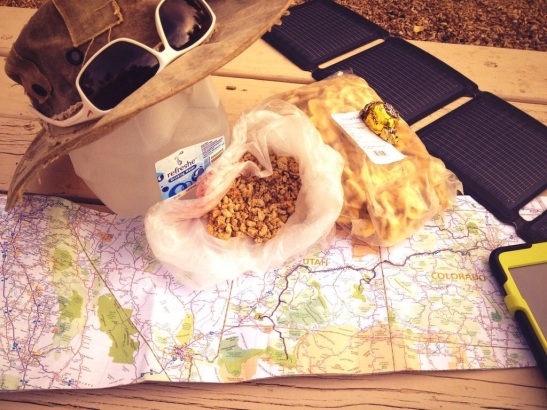 It was no coincidence that my last post ended with Hope by the side of the road, as I was picked up by a couple of bikers (in a car) aptly named Mcgiyver (real name, Hope) and Runway. I have already mentioned that travelling and meeting different people, repeatedly reminds to not judge books by their covers, and a couple of tattooed, leather clad, alternative bikers, were the epitome of gentile humanity. Runway – named because he works at Vegas airport – is softly spoken, and possibly the calmest, most placid and relaxed biker you could imagine; maybe not what his beard and rugged exterior personify. Hope, is rather matter of fact about life, and humorously approaches any subject raised in conversation. I asked her “why Mcgiyver?” and without hesitation she told me, “Because I can fix anything with duck tape and a tube sock” – I wish I could! It would lighten my backpack! She is a lover of old country music, biker lifestyle (obviously), intriguing, slightly bizarre, and adventurous personalities, she’s a karaoke fan and a sci-fi expert – writing tv scripts and reviewing such things in her freelance career. When we reach Vegas, I find out that “slightly bizarre” is just the ticket.

After only knowing Hope and Runway for a few hours in the car, I am instructed to make myself at home after a shower, meet the family , some rather large dogs, be coerced into contributing – with my artistic flair – to a world-wide scavenger hunt, be taken to a local karaoke evening on my first night in Vegas, and I am also to fulfil my “life-long dream” of constructing a bust of John Barrowman’s head out of duct tape. I may now die happy. 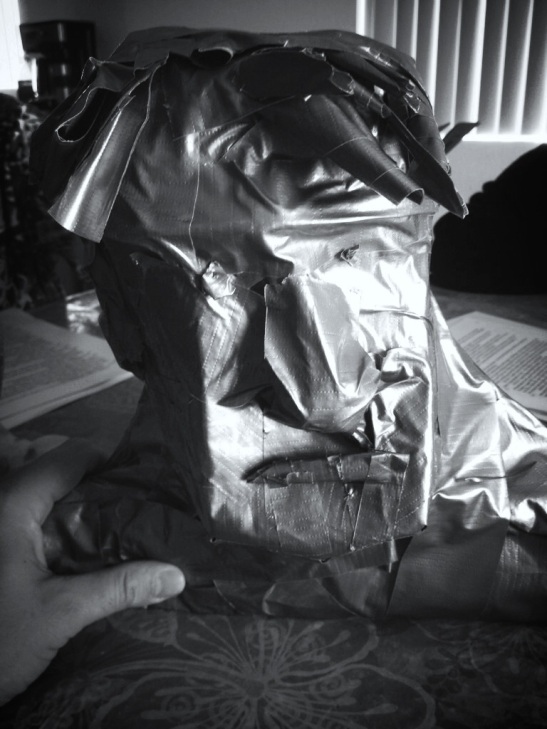 During some excellent (and some really not so excellent) karaoke, I meet a hoard of Hope’s friends, and I’m introduced to Laurianne – who offers me a floor space to sleep on while I am in town – something I am always a little concerned about bagging, before going to a bar. Judgement call though, Hope assured me it is fine.

Bars, nightclubs and pubs are not places I have frequented on this journey; a combination of budget, needing a safe place to sleep, and that it is difficult to ascertain what is drunk banter, and what is true hospitality late at night in a crowded or possibly volatile environment. It’s reason enough to stay off the sauce – unless encouraged. I think I have done a good job of assuming a sober status while travelling…at least that’s what people have assumed. 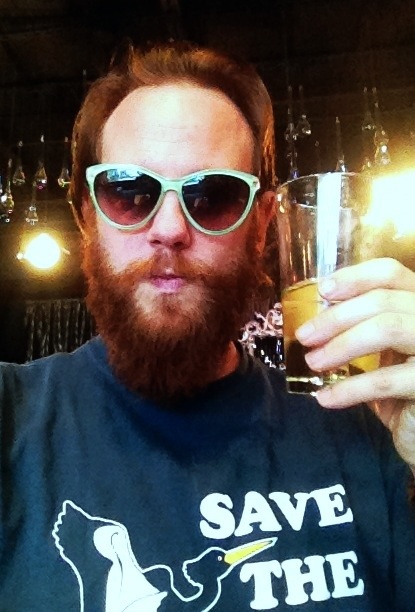 A drink here and there doesn’t seem like a lot, and often one is offered just to hear a story. However, I am repeatedly amazed at how much people give, especially when people have so little. Wyith a little help from supportive friends, Laurianne is succeeding to find her feet and design a healthier life for herself in Vegas after too many abusive experiences. I’m also often surprised with how much people have shared with me about their personal life on my journey. Maybe it’s an American openness that us British lack, maybe it’s my unshifty demeanour, maybe I attract nut jobs that need to share everything that’s in their head, or maybe I’m a Nosy Parker and I ask too many questions…I’ll let you judge.

Laurianne seems to have more reason than anyone to be nervous, shy or apprehensive about letting a stranger into her life and her home, yet all I have received from my smart, gregarious and quick witted friend, is hospitality, happiness, trust, support and liberal amounts of generosity. She told me that nothing comes back to you the way you need it to, unless you give it yourself. I haven’t felt more humbled, grateful, or wealthy, than when I have been given someone’s heartfelt friendship and generosity – and those who have surprisingly, repeatedly and consistently given more, have tended to be the people who have less to give.
I thought I would quickly detest Vegas for the same reasons I avoid all large cities, and for all the things it is famous for (apart from Elvis, the Rat Pack and a little gambling, I like those). Except in less than 24hours in the city, I am astounded by the sense of community which I have found.

Las Vegas is famous for its legal gambling (and legal prostitution outside of the city), its 24/7 operation of indulgence, its extravagant buildings, hotels, restaurants, light shows, water features, replicas of famous monuments around the globe, its glamour, its lavishness, its ability to make or break your fortune, its long, famous list of synonymous entertainers, and even ones that never made it out alive. 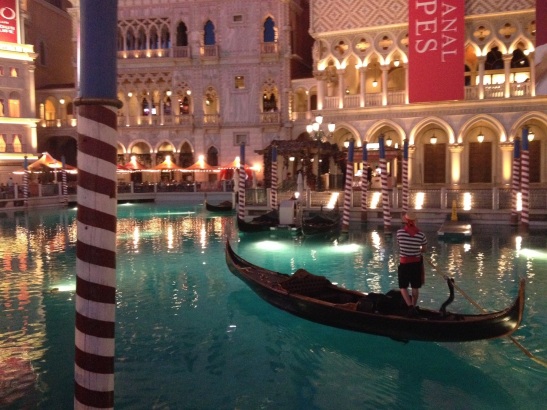 People will likely expect wild tales of hedonism, never ending parties, gambling, and hangover-induced anecdotes, but even though I was indulged and shown what Vegas is famous for by some friendly locals, if you want those tales a) maybe I’ll put them in the book, and b) I’m sure you can imagine the strippers, sleepless nights, memory failure, estranged tattoos, gambling faux pas, loud outfits, over indulgence and Elvis…it’s Vegas! Outrageousness has taken place before me, and more will follow.

Las Vegas is home to two million people, and despite its extravagant exterior, it is deeply troubled. It’s no secret that the city’s lifestyle is not sustainable as it’s simply running out of water. Lake Mead’s levels are dropping and the Colorado River is dying – agriculture twinned with a harsher, natural desert being created, the south west of America is simply drying up. With seemingly little desire for the city to reduce its indulgence on top of a 14year drought as its population continues to grow, Vegas is aware that a critical point is imminent.

Aside from tourists being ignorant of the issues, or worse – disregarding them to satisfy their vices, “saving the planet” or “hugging a tree” (which you won’t want to do in Vegas, as they’re mostly Joshua’s), is something that the people of Vegas need to embrace. As well as the environmental concerns, the city has many attractions which I’m sure 99% of tourists on the strip, and most of its residents, are unaware of.

While you’re trying to imagine my experience of Vegas on $6 a day to be full of debauchery and hedonism, extravagance and indulgence, in the next instalment, I’ll delve a little into my experience of Las Vegas, and why it is – and I hope the locals will appreciate this – more than just its strip, and the stories which it is famous for (even though they are all true)…