The festivities are well behind us, or at least it feels that way, as a few work colleagues and I are alcohol free for January for Cancer Research Uk – http://www.justgiving.com/teams/ojsoda . (Wow, I managed to get that plug in early). I’m now on the final leg of preparation for America and with less than 70 days to go, I’m predicting that time will fly by.
I have moved all my belongings from London and into storage in Bristol, moved onto a friends floor for the next two months, informed my employers of my final days behind their desk after almost five years with them and said goodbye over Christmas to family in the north. It will be a year before I see them again but they’ll have the kettle on ready for my return. Having said cheerio to loved ones already and practically living out of one rucksack of work clothes whilst another rucksack rapidly fills up with kit for the trip, it’s suddenly all very real.
Emotionally, it’s hard to comprehend what it is I’m doing and as things are now moving rapidly towards what feels like the end of my time in London, I don’t think I really want to stop and ponder it too much. There are moments when I catch myself listening to certain songs, watching scenes from films, having conversations or even just looking at countryside scenery and a huge anchor of hesitation (never doubt) starts pulling at my lower ribs. Lifestyle, surroundings, people, creature comforts, bacon: everything is going to change soon.

Maybe it is a mistake, but I have deliberately read very little on places and people in the past couple of months so I don’t burn myself out with pre-prepared facts or details of certain areas or advertised spots that I “must” visit. I have a plan of the main sceneries which I want to see, feel, learn about and surround myself with and for anything in between, I’m looking forward to the get-up-and-go-where-the-wind-takes-me approach. I have read a fair bit on the weather, on certain ecosystems and have spoken to a couple of guys that have walked most of, if not the whole away across; even though I’m not walking the entire +4000 mile planned route, I have other challenges ahead. Notably, my pockets wont be weighing me down with only £5.50 per day to live on for six months. Mugging or kidnapping me for my wealth whilst I’m travelling (not that I have any monetary wealth when I’m not on the move) will undeniably, be a futile act.

Oddly, I only seem to have two main worries at the moment. I think I really should have a few more as there’s a myriad of all sorts of situations that could quite honestly, be pretty harrowing.
I’m worried I might not be allowed out of Boston airport because of what I’m doing. There’s no need for this kind of concern, it’s not rational. I’ll have a flight booked out of the USA, I will have insurance, I will hopefully have places to stay if the proverbial hits the fan and I will be self sufficient should I venture a little off the beaten track. As far as I’m aware, no body can restrict you from going off the grid a little as long as you’re not breaking any laws. The only person that will be at risk should be me and the plan is, NOT to die. Nevertheless, I am concerned I will merely be detained because I am doing something different, because I might not be spending my money in a way that is perceived to be correct as a tourist, that I might not be advertising the USA in a preferred light and that maybe, authority tends not to be all that supportive when you do something different. I don’t distrust the system or lack confidence in its thoroughness, in fact I commend the American borders for being so strict and resilient to possible threats and/or ill-supportive beings towards their institutions. However, something tells me they might just want a word with me.

My other concern? Washing. Not myself; I can go days without a shower, but my clothes. I have read all sorts about where, how, with what and how to dry clothes on the move, on foot. However, for some reason not being able to easily keep my gear clean concerns me. I know after a fortnight on the road, it will probably be a minor worry and I will more concerned with where the toilet is, or where I can pick up clean water without having to buy it. Thoughts instantly jump to there being laundrettes or showers that I can just wash my clothes in when I arrive in all sorts of places, but laundrettes cost money, showers cost money, camping with a shower costs money and on roughly $6 a day, spending on laundrettes doesn’t leave much for food or a new pair of socks because mine have worn holes in, or a replacement phone cable because it stopped working after being caught in the rain, or a replacement tarp because mine ripped in the wind, or a new wheel for a push cart that I might have to invest in. Forget bear encounters, being stalked by a cougar, all my kit getting drenched whilst stuck in a storm, injuring myself or not being able to walk, running out of water, heat stroke, heart attacks, dehydration, panic attacks, not having anywhere to spend the night other than behind a derelict farmhouse or a welcoming police station, standing on fire ants, being stung by a scorpion or worse, being bitten by a lazy, eager-to cuddle-up-to-the-warmth-of-my-tent, snake and the biggest danger of all – being hit by a truck – bottom line is, money is tight and simply finding the cash to wash clothes is, for some reason after thinking about all that, my main worry.

Realisation has crept up on me a little like the butler in Mr Deeds (with Adam Sandler and John Turturro). When you’re not expecting him, he’s there – “sneaky sneaky”. Normally, this is a good thing. It’s imperative that something’s are learnt now, rather than in a few weeks in the (currently) frozen, rare bird-lavished North America. There has been an irruption of winter, Snowy Owls heading further south into North America because of the lack of their favourite four-legged fat snacks (lemmings) in the north – good for twitchers and owl lovers like my gran! 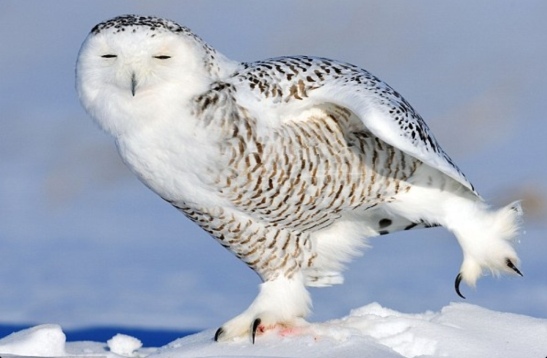 The winter is definitely bringing home a few truths about what is going to be tough once I hit the road and even though there has been extreme weather conditions here in England and also across the USA lately, I’ve actually managed to avoid the main downpours, the power disabling storms, the tree-felling winds, the village-floods and the numbing cold spells whilst walking around this winter. There’s still a couple of months to go so hopefully, America will have warmed and thawed out enough for when I need to leave Boston. Even though seeing a few Snowy Owls would be a highlight, I don’t particularly fancy hiking through three feet of snow for the first month and have to deal with a constant threat of hyperthermia in what should be late spring and about 13 to 16 degrees centigrade. However, if I think I’m going to travel for six months across 4000 land miles and not encounter at least some decisive proof that global warming is accelerating and reacting with “weather spikes”, I would be extremely naive.

My main pending concern (it hasn’t concerned me yet, but it will…it really will) is the weather, or more concisely the environment. Forget not having a bed, a shower, a kettle, electricity from the wall or a washing machine, the environment will become the main challenge once I leave the coast. It will only be a major worry once I find myself stranded and unable to find shelter in a rain storm or exposed in the heat and sunshine with a broken umbrella with only half a litre of water left in my pack. The extreme storms here and the extended “polar vortex” in the states have both ushered realisations onto me a little faster than perhaps they would have, and this is a good thing. Protection from the elements is going to be the biggest challenge, not just for me, but for my kit, food and supplies. Not that I needed it, but a reasonably extreme winter has definitely reminded me of some fairly important notions. 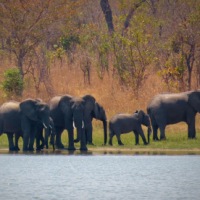