The Dithering Pot Boy and I

Waking up early in the morning and sporadically being bumped or swayed around in bed, as if on boat in a storm, is currently a normal experience. KP is always awake first between 4 and 5am, dressed and dithering, sorry – pottering around the camper like you would imagine a restless (although slightly slower and understandably larger), eight year old searching for his favourite toy. At least that’s what it feels like as the truck rocks unrhythmically in all directions and banging occurs with various doors and equipment being importantly reorganised. You may think this is far too early, but as the sun only sets for an hour or two, waking early in the wilderness is relatively easy. My body clock again, is getting use to just four or five hours sleep a night. I’m normally a morning person, but even I am more of an adult teenager compared to KP. I wish I could stay in bed longer, but with the sun rising around 3am, I’m also eager to see what’s outside. It’s a strange feeling, traveling with another person for such a long time and being shaken awake on the suspension of the truck. I like to imagine it’s what a baby must feel like, as they often seem to be woken by some incessant, parental rocking when it’s time for breakfast. I however, have banging doors and “stuff” being knocked around, instead of some soft melody playing from a mobile above head, and it’s me who has to make breakfast for my dithering compadre.

I may sound like I’m moaning, but I do often have a hot drink ready made for me when I rise. There are benefits after all, to having an older man stir before you. I normally hear the water boiling (a few inches from my face) before I’ve even left my sleeping bag, and this morning I was entertained not only by the noises from inside the truck, but outside as well. KP made his morning trip to the natural men’s room (a regular occurrence for us all) after putting the water on to boil. I’m not sure if he was in the middle of tackling natures call or not, but realising things aloud (as he often does), I hear him say “Oh, I didn’t realise I had two of those”. A few moments later, a contented sigh and a shuffle of feet, and he’s back in the truck, making a little coffee. 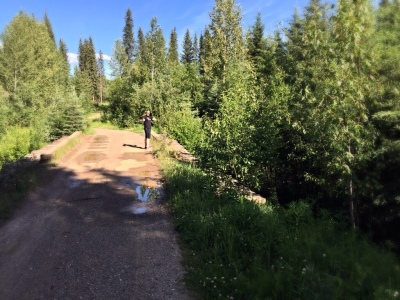 It all sounds quite idyllic, rather simple, easy and relaxing. On one hand it is, but the space in the camper we have is minimal, and getting into an agreeable routine early has been important. We are very competent and very independent men – me more so when I travel, so sometimes it’s awkward to try and let the other one take over. I am reminded often that he isn’t a kept man, and that he’s not too old….yet.
I am the navigator, possibly chief decision maker, unquestionably the chef, and maybe even the nurse on this trip, and although I often feel I can jump to, and get stuck into every problem, it’s been a challenge to relinquish some of my duties. As I’m sure it has also been for KP. We share the driving, but KP enjoys (and is reliably efficient at being) master engineer, commander of vehicle maintenance, all round nerd when it comes to numbers and stats on the road, cleaner, and head pot boy (washing up, not bong prepper). We both know our place and when we do start driving from the passenger seat (KP’s favourite past time) KP is reminded of what a patient guy I am. I’m sure he also hates it when I put things back in places only I think it’s convenient to find them. In all honesty, I think we both struggle to relinquish independence, but we haven’t thrown any plastic cups at each other….yet.

There are constant duels KP and I must face together and I think we both appreciate a second opinion on most things; avoiding natures blood thirsty bugs (mainly my challenge as when I’m around, KP has live bait as repellant – I’d like to remind him that if it’s a bear we’re running from, he’s slower than me), altitude and temperature can never be neglected, fuel, water and appropriate levels of tea need to be monitored. We also don’t have a shower or toilet on board, so Trowel & Roll, must always be to hand.
When we (I) do decide to take the truck off road, I know KP is wincing. He’s told me that if he were alone, he wouldn’t be “down this uncertain bush trail” and that sometimes he’s happy not to know what’s at the end of a dirt track. Although I know he loves his 4×4 truck earning some stripes, it takes a lot of effort to follow my instruction and instinct when I’m directing him to drive into a dirty field, through an unmapped ford, or under a tree that may possibly damage a panel or two. I am comforted in the knowledge that this morning, he did find two of whatever he may need to overcome our daily challenges. 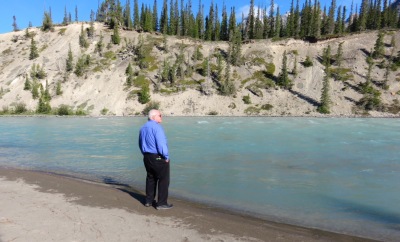 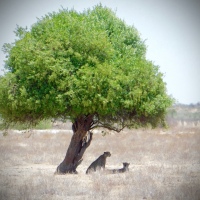