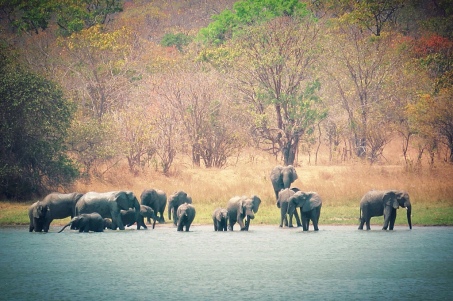 Life isn’t all covert operations, investigations into convolutions or apprehending unfortunate forest folk. In truth, as much as I enjoy and appreciate the experiences to understand what “protected wilderness” is, making the much required military-style efforts part of my adventurous lifestyle isn’t MY desired calling. It is however, why these parks are called PROTECTED. It doesn’t come from “liking” pages on Facebook, discussing it in local forums or governments passing laws to prohibit such things as poaching, encroaching, subsistence hunting, industry or farming. Protection isn’t realised by putting words together on paper or a leader giving a speech. It doesn’t even come from locals showing their support for it. Land is protected by physical procedures, by active personnel on the ground, by hard working and often remotely located individuals who live a modest and unadorned lifestyle. Keeping our wilderness alive is often dangerous and unpleasant. Every day, people put themselves at extreme risk of both poachers and the wild itself. I wanted to see as much as possible, to get a better understanding of how the intricacies and complications of these vital landscapes operate, and to tell you about some of those struggles. From my notes and photos, I’ve only just scratched the surface of the convolution. Due to direct interaction or perverse fall out from human controlled events, complications to save our wild areas are prevalent in every crevice of the earths wilderness. Relatively speaking, I’ve only explored a few tiny areas of our wild planet and every single one of them is affected by what we do. 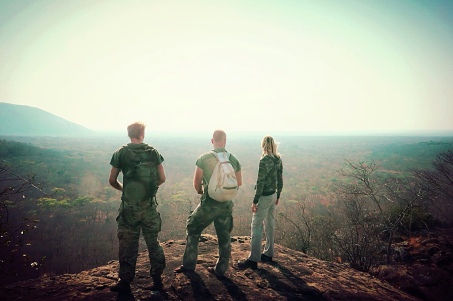 Here in the Kasungu wild, protection isn’t just about saving elephants. There is a much larger, darker, more complicated and intricately twisted struggle to avoid fuelling such things as black market trade, international trafficking, political vice, civil unrest and even war along with terrorism. Ivory isn’t just sent to China to be carved up for a mantle piece ornament or medicine. It passes through the hands of multiple middle men who each take their cut along the way. Ivory is part of a lucrative market which also includes drugs, gem stones, precious animal cargo, weapons, stolen vehicles, knock off merchandise and other contraband. It likely isn’t difficult to link the money trails through to human trafficking, prostitution and gang related crime where it has been documented prevalently in other southern African countries. The most unsurprising and unwelcome use for ivory in some countries is to fuel the arms trade. Ivory has a high value and after tearing the tusks from a wandering elephant, the most inhumane killers find ways of distributing their bounty to remote rebels or militia trying to gain power, funding whatever political army has the highest bid. Some might argue that this process is needed and even our western powers on occasion need to support such radical political action. However, people aren’t the only casualties of war. Saving an elephant isn’t just about stopping the death of animal. It’s about stopping the perverse damage that comes from our own opportunistic greed. Animals don’t just die. They take with them educational ecosystems, opportunities for medical and social development, heritage and culture. Elephants just happen to be walking cash machines in the middle of a subdued war zone. We seem to forget the fact that rhino horn is now worth more than gold, cocaine and diamonds by weight, and for this reason it really is worth fighting for. If we were losing oil, electricity, water, or worse still, shopping centres, sports stadiums or wifi signals from our landscapes, we may take a more globally-combined and more severe stance. It’s also worth raising the question as we delve to the depths of what humans are capable of…. what if we were losing people at the rate that we lose elephants or have already lost rhino? It’s terrifying to think about, but sadly, I don’t think it really matters to those who abuse the resource – and we are ALL guilty on some level.

Sadly, some of us are not just trying to protect heritage, culture, lifestyles, ecosystems or opportunities. Most of the work carried out by anti-poaching teams, Rangers and conservation charities all ironically contribute to a fight against human suffering. To say it’s convoluted and complicated is an understatement, but to be ignorant of it or to assume it isn’t happening, would be extremely naive. To unravel each thread or money trail would take generations and be almost impossible, but to understand the economics of it is simple. Protecting elephants (the easiest lucrative target for ivory) isn’t just for the love of an intelligent, wild beast; it is a titanic grapple to keep economies and political dynamics stable. I didn’t come here to uncover a new, real-life “Blood Diamond” movie plot or to unearth a backcountry tyrant, James Bond-style…but when they stare you in the face, it’s hard to be ignorant of the true struggles which shroud such large areas of our Earth in convolution and strife. Proud and able people are unable to work their way out of poverty, while the corrupt and immoral underhandedly manipulate the poor, and more importantly their resources, to effect and influence financial gain and political power. Filter this corruption down the chain and it wraps itself up into a ball of wool with such a dark and conceited centre, it’s almost impossible to untangle to let the light in. We can’t be so blind to think that it’s only happening in far off countries. Just switch on the news, flip through social media, and the exact same terrors are happening at home.

Sadly, as long as the locals unashamedly keep displaying their expensive status symbols everywhere they go (I’m talking about the elephants), this fight can only end if one of two things happen. Even though ultimate success would likely be the outcome, the first choice is currently unrealistic. Every human must leave the area for at least a few decades. Sadly, It would be impossible to maintain ultimate evacuation over thousands of square miles. Plus the problems on the increased circumference of the area would undoubtedly grow from what they are now, to match the size of the fringe – Adding to an already failing remedy for the current and ongoing headache. The second option is more simple. Those people on the ground, living unadorned and dangerous lives, need an increased level of relentless support. This means they could eradicate and continue to successfully block, the human threat. Ultimately however, the land which has recently been illegally stripped from the wild, needs to be returned to it.

With everything we do in the world today, somewhere far, far away; we influence someone, some thing, or some process. We’ve become immune to our actions because the consequences are not yet in our living rooms. The first victims are those which we have already driven to the verge of extinction. The second will be the environments we live in, and as we continue to be our own worst enemy, the last, very lonely and poor survivors will be ourselves.