After being chaperoned around twenty miles of the industrious and steaming streets of New York City by a marvellously-moustached, mounted park policeman, I journeyed the four hours north east, to Northampton, MA. Back on last year’s familiar trail, I ambled through this area over a year ago, when the ground was frozen, the bears were stirring in their dens, and the shifting skies grumbled like an ageing smoker in the morning. Although a greyscale skyline was the back drop to a cold start before heading north to even colder climes, I was still welcomed with fine coffee, bagels and lax, and local brews by a few bohemians.

This year, the sunshine’s kissing the vibrant wild flowers as they sway and dip in the cooling breeze, and between the large, roadside, fenceless wooden-houses, birds air-dance on the warm thermals and winds that disappear into the shimmering green leaves and branches that I was too early to see last year. The cold has been replaced by warmth and the evenings are sumptuously soaked in sunshine with pink and red sunsets over the Connecticut Rriver. The smell of cut grass and local restaurants fill the air and walking bear foot on the ground while the chipmunks and squirrels run around with their cheeks stuffed, warms the soul.

Prior to sunset, I was told by my frustrated friend that it’s such a shame, and a little too cold for the fairytale spectacle which seems to be escaping me again this year, but in the crepuscular light, the darkening bushes came to life with spontaneous butt bulbs. It’s so warm that tonight, the earliest of the lightning bugs sparkled in the bushes on my evening walk.
Not ever seeing a firefly before, and missing out because of last year’s late winter, I was walking in a children’s book of magic and mystique.

It all sounds rather delightful and overly relaxing – and it is, especially after four months in London and a few days in New York City. I’m not naive to some challenges ahead, but I’ve found my feet again on foreign ground. I’m reminded that I’m home, on a trail through clear and warming bucolic air. 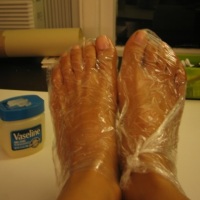