Rougher than grinding pebbles in a blender

Top of the World & Taylor Highway. 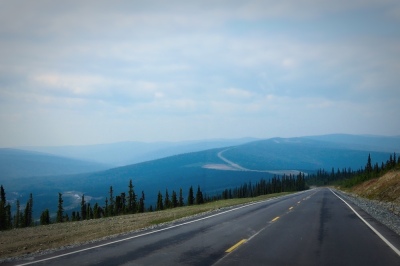 Following the old sourdough track over the hills from Chicken, the views from most of the Top of the World Highway as we headed towards the U.S. border, were of pine forests as far as the eye can see – some of which replicates the fire damaged trees we saw on the Dempster. We saw roughly five miles in the morning haze. The short, burnt pines resembled stiff, 18 foot tall, bulrushes and although a striking landscape from one angle, after 40 miles or so (and sadly, I think I’m saying this after 8000 miles of epic scenery) the green hillsides are like all the “different tasting” sandwiches from Subway – Bland, the same as each other, and dull. It’s a little strange to me, that this highway gets so much attention, but it is a pleasant (and bumpy) drive with virtually no other vehicles (again).

After I offered to get behind the wheel for the section of highway at altitude (but ended up in the passenger seat), KP didn’t see much of this morning’s landscape. The steep drops from the side of the road had his fears on edge. I may tease him over the width of the road and that we’re not in hurry, but when he has a very real phobia of falling off the edge, I do well to say very little apart from “you’re not missing much out of the window, keep driving!”. I take pictures and enjoy the view.

Slipping back into the states was a breeze and when I return, I may have to fly to Whitehorse just to go through passport control at the highest border crossing the U.S. has. The further I travel through North America, the more amazed I am by the creative and romanticised thoughts of the settlers who named their new homesteads. The border crossing is near the aptly and imaginatively-named town of……wait for it….. Border.
We were asked if we were carrying guns, we were asked if we had anything we shouldn’t have in the back, and we were actually welcomed with a smile. I’m sure the notes on my file from entering in New York, the notes from when we entered Canada and the machine which looked like a giant X-ray for vehicles helped the guard decide that we weren’t crooks, but still, I genuinely felt welcome this time! 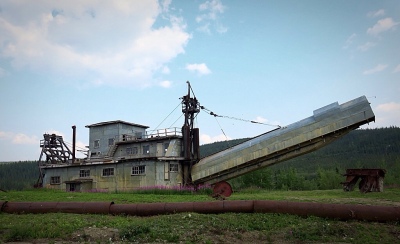 As smooth and as hospitable as the entry was, The Taylor Highway did its best to try and make us turn back. It should be renamed the “Taylor-my-tits-just-bounced-over-my-shoulder-Highway”. You get the picture. Maybe it’s a good thing I wasn’t around when places were being named…

The 80 mile drive from Chicken to Tok is a long, winding, bumpy drive that looks like a badly bodged quilted blanket. It’s rougher than grinding pebbles in a blender and I think we would have had a smoother ride trying to jockey a porcupine. It is reminiscent of when I almost fully spewed up in the back seat of my uncles car when I was nine, on the way the beautiful English Lake District. He told me that if I made a mess, he wouldn’t bring me again, so I swallowed it. Fond memories…

I also found it a bit pointless to spend money paving road for a few hundred feet as you pass through customs, when the road either side for 60 miles is dirt. I’m not sure if it shouted, “this little bit is official” or just “it’s official, we’re little douchebags”. As well as paving the shortest section of road between two sections of dirt in the entire U.S. the Americans have clearly spent their road money on “No Camping” signs, rather than road maintenance. As welcoming as the entry was, after being able to camp almost anywhere across Canada for 4000 miles, the over-policed and paranoid nation told us it was now illegal to stop by the side of the dirty track to rest our eyes for seven hours. We did however notice a lot of private land – with rights to mining gold – all of which was uninhabited. Maybe that’s why they haven’t covered the road in Tarmac. There might be something under it.

We are currently (and only briefly) travelling South, and soon we’ll rejoin the Alaska Highway. From there, we should find its end point, and hopefully a fan fair of spicy ladies to cuddle and laugh with, who will all bear gifts of various robust red wines, my cousin’s blue cheese and watercress soup, some fresh Thai green mango salad, a lagavulin 16yr old single malt (this is ridiculously expensive in America by the way – buy it in the UK), a little white bait and calamari, possibly some authentic Turkish delight, and maybe a cheeseboard (it really doesn’t take much). However, it’ll probably be just another road junction with the last mile marker, where I will aim the front of the truck, north. Next, we have a long drive to the Arctic. 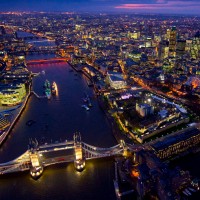 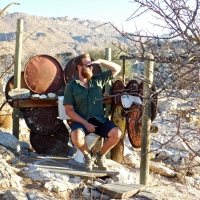