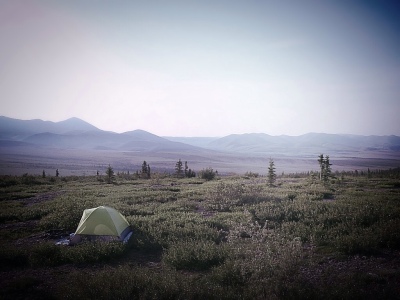 We crossed into the Arctic Circle a little after 7am on July 1st 2015.
The sodden, squelching tundra was forgotten briefly as it opened up into sparkling, dew-covered hills. From a distance, rather than early morning Arctic peaks, the approaching mountains resembled hazy, desert sand dunes. Although not gigantic, they possess their own, gently unassuming, baron dangers and they remind me just how hard it must be to survive up here. Without the truck, food and survival supplies, a little company and some extensive mosquito protection, I’d be seriously out my depth if I had to think about staying alive – and navigating to safety. Shortly after the first time I’ve ever crossed into the Arctic, we arrive into Canada’s Northern Territories. 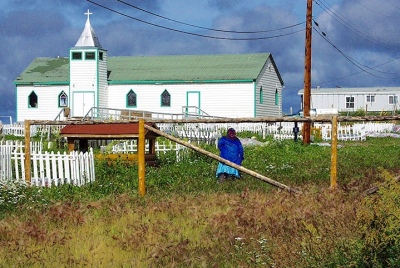 Beyond the six-car, free seasonal ferry over the Peel River, we climbed the road to Fort McPherson. Roughly 700 people populate the squat, hill top town (mostly Gwich’in First Nations people) and it’s the first developed community on the Dempster from Dawson City – 590km to the south. Eagle Plains was merely a gas pump, a basic hotel, an RV rest stop, and a pull off for local road maintenance men in summer.

Fort McPherson however, was established as a trading post a little over a century ago, and as usual, friction between frontiersmen, fur traders and tribes people culminated to provide some local history and manoeuvrings of native camps. It’s an unassuming place, but there is still a little romanticism and magic in the air around this quaint, small town – with a community centre at its core.

One more free ferry and roughly 80 miles later, we have arrived in Inuvik – the end of the road. It’s nothing like I expected. In the Arctic, it’s 74 Fahrenheit (22 centigrade) for most of the late morning, and through to after midnight (remember the sun currently doesn’t set), and I’ve sweated more in the arctic circle than I have in any other area of the road trip so far. It’s hot! I’m glad I didn’t invest in too much cold weather gear for the northern tundra because at the moment, all I need is a mosquito net and some budgie smugglers.

Inuvik has snow on the ground from late October to late May, but as one moustached local man with broken leg informed me, while I stood at the gas station looking desperately like a tourist, “when the ice melts here, it melts god damn fast”! It’s dusty, sweaty, buzzing with mosquitos as if someone left the town generator on, and if I didn’t have a map, I may assume I was in the Deep South. Much like the 200square mile area further inland; Inuvik in the summer, with its small airport and unkept industrial peripherals is unlike anywhere I thought I might find in the Arctic. Like a helmeted road worker’s humid brow – did I mention it was hot?
It is also Canada Day, so although everyone is friendly, the town is busy relaxing. Tourists, quite frankly, can make do with everything being closed and in disrepair. We aren’t left with many options so hopefully, without upsetting any camp police (the ones which tell us to move along, not Mr Humphries wannabes) I decide we camp in the no camping zone, right next to the closed visitor centre. Naturally, KP is a little nervous, but everyone is on holiday, even the camp police. 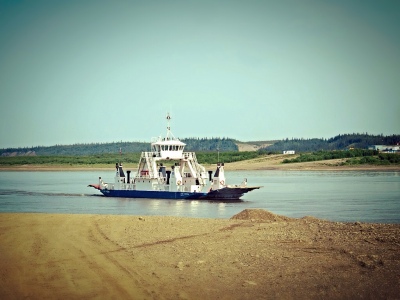 We explored Inuvik; had an average lunch at The Mackenzie Hotel, browsed around the only supermarket and found quad bikes on the whoopsie counter, spotted a few of the town’s “attractions” and are happy that we’re not missing anything by leaving after just one night. Inuvik isn’t too worried about keeping its edges trimmed or colours on show; it can be a tough place to live, so it’s pragmatic and practical, and there are clearly more important, community driven obligations to be considered. If I was to do this town justice and not make it sound like it’s a rag and bone man’s back yard, it would only be fair to visit in the darkness of winter, to check its local treasures and hospitality.

It’s called The Land of the Midnight Sun, but from early December to mid January the locals live in blackness and in a few shades of grey – like some early 20th century, wartime film, only without the war, and with a little more chocolate. It’s a desolate area, but in places like Fort McPherson and Inuvik (and the few tiny towns beyond the end of the road – served only by air, boat and dog sleigh) the human spirit through winter must be warm. We’ve seen community centres at the heart of the towns, proving that neighbours here are vital, and thankfully for the locals, more important than a Main Street bent to the whims of passing tourists.

We’ve seen the end of the road, experienced the Arctic for the first time. Tomorrow, we get an early start and head south. 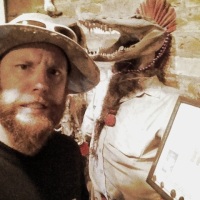